Radioactive ocean water from the 2011 Fukushima Daiichi Nuclear Power Plant disaster was first detected along the coastline of California in March of 2012. Researchers already know thatradioactive iodine from Fukushima has arrived in California, and expect peak levels af radiation to hit California in 2016. The problem appears to be worsening as typhoons have caused overflows of radioactive water into the Pacific Ocean.
With the radiation already rolling in, a group of advocates called the Fukushima Response Campaign organized a "human mural" protest Saturday morning, spelling out the words 'Fukushima is Here' in letters 100 feet in length on San Francisco's Ocean Beach.
Organizers are alarmed at the increasing levels of radioactive steam and radioactive iodine being found in coastal California waters, all the result of fallout from the earthquake and tsunami that hit the Fukushima plant more than two years ago. "A threat of this magnitude to the health, economy and culture of
California is certainly grounds for concern," Fukushima Response Campaign said in a press release.
"Organizing people to spell our message is not meant to spread fear and panic, said event organizer Jina Brooks. "It’s more like Paul Revere’s ride, citizens trying to alert other citizens to a real danger on the horizon. My heart breaks when I think of what mothers must be experiencing in Japan."
Logistically speaking, it is not easy to get 500 people to the beach on a Saturday morning and then legibly spell out 'Fukushima is Here' in human mural.
Organizers arrived early Saturday morning to stencil out the letters on he sand bysketching the letters out with rakes. Attendees were asked to arrive promptly at 11 and bring brightly colored towels for visibility. With high tide peaking at 11:15 a.m., organizers felt the creeping out of the tide would be the optimal time to stage the visual protest.
A full photoset of the 'Fukushima is Here' human mural and advance setup can be seen at Demotix.com.
If you're alarmed by the rising levels of Fukushima radiation hitting the US, you canorganize your own 'Fukushima is Here' event with resources and help from Fukushima Response Campaign.
Joe Kukura is based in San Francisco, California, United States of America, and is an Anchor for Allvoices 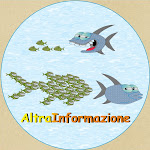